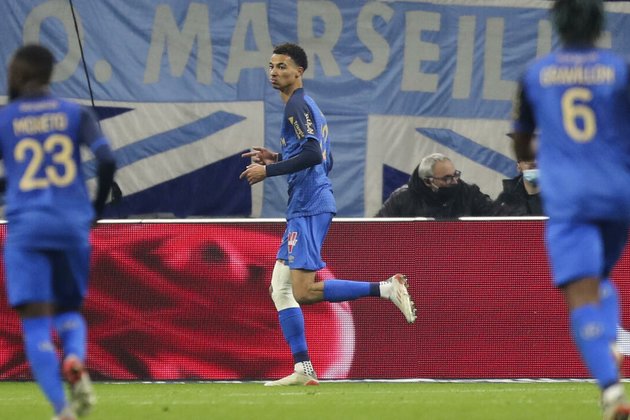 Marseille started their Ligue 1 campaign on Sunday by defeating Reims 4-1 in Igor Tudor's first match as coach. Aaron Ramsey struck on his Nice debut to salvage a point in Toulouse.

After a troubled summer during which Jorge Sampaoli walked out over his unhappiness at the club's transfer approach, it was a welcome win for Tudor and Marseille.

The former Croatia international was jeered by home fans ahead of kick-off, but an own goal by Wout Faes and debut goals for Nuno Tavares and Luis Suarez lifted spirits at the Velodrome.

Folarin Balogun, like Tavares an Arsenal loanee, replied late on for Reims before Suarez grabbed his second of the evening.

"The whistles towards me? I was inside, I didn't hear them," said Tudor. "The supporters are always right. We play for them and they do what they want. Football doesn't exist without them."

Clauss was soon involved as Reims defender Faes turned the right-back's cross into his own net under pressure from Arkadiusz Milik on 13 minutes.

Marseille were unlucky not to add to their lead with Cengiz Under and Valentin Rongier hitting the woodwork, but Tavares made it 2-0 with a fine low strike just before half-time.

England Under-21 international Balogun headed in to cut the deficit, but Suarez ensured it was Marseille's night by tapping home Cedric Bakambu's pass deep into stoppage time.

Ramsey starts with a rush

Aaron Ramsey scored a minute into his Nice debut after coming on as a second-half substitute to rescue a 1-1 draw away to promoted Toulouse.

The Wales international curled in an equaliser on 78 minutes to cancel out a first-half goal by new Toulouse signing Thijs Dallinga, the top scorer last season in the Dutch second division.

Ramsey left Juventus when his contract was terminated at the end of July, and swiftly reappeared just across the border at Nice after penning a one-year deal.

Denmark goalkeeper Kasper Schmeichel was named on the bench by Nice coach Lucien Favre following his arrival this week from Leicester City, the club he won the Premier League title with in 2016.

Jonathan David scored twice as Portuguese coach Paulo Fonseca began his reign at Lille with a 4-1 home victory over Auxerre, who are back in the top flight for the first time in a decade.

David added a third before half-time and Akim Zedadka made it 4-0 just past the hour. Gaetan Charbonnier grabbed a consolation for Auxerre.

Belgium defender Arthur Theate had a debut to forget for Rennes, putting an own goal past fellow newcomer Steve Mandanda in a 1-0 home defeat by Lorient.

Florian Sotoca bagged a hat-trick despite missing a penalty to earn Lens a 3-2 win against Brest, while Montpellier beat Troyes by the same scoreline.

Last season's French Cup winners Nantes, who were thrashed by Paris Saint-Germain in the Champions Trophy in Israel a week ago, drew 0-0 at Angers.