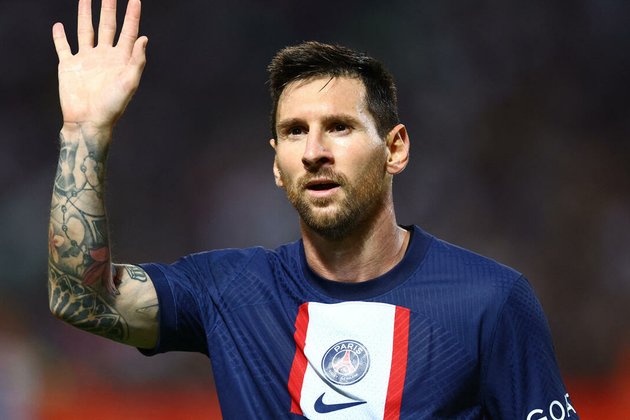 There were a fair amount of fireworks at the Parc des Princes in May when Paris Saint-Germain collected the 2022 Ligue 1 trophy after a 5-0 mauling of Metz. It was a record-equalling 10th top flight crown and their eighth in 10 years.

Before the game, PSG supremo Nasser al-Khelaifi descended from the posh suites to announce the glad tidings that local hero Kylian Mbappe would remain in their parish rather than take his preternatural striking talents to the Santiago Bernabeu in Madrid.

There were pyrotechnics too during the summer. Mauricio Pochettino was rocketed with a heavy pay-off load into a life beyond the Parc des Princes and replaced by the former Lille and Nice boss Christophe Galtier.

He illuminated his unveiling with fiery rhetoric. The heat of it? Prima donnas pull your weight or you will be roasted.

Neymar and Lionel Messi - deemed the targets of Galtier's squint-eyed menace - were both on the scoresheet to give the 55-year-old Frenchman his first piece of silverware since leading Lille to the 2021 Ligue 1 title.

In truth, after Galtier quit the north for the southern charms of Nice, neither party prospered.

Lille, under Jocelyn Gourvennec, muddled around mid table even though there was a muscular surge to the last-16 of the Champions League.

Nice flirted with a finish in the slots for the 2022/23 competition before falling away.

A flaccid performance against Nantes in the Coupe de France final was partly redeemed by a 3-2 victory at Reims on the last day of the season to secure a slot in the Europa Conference League.

Galtier will not be toiling in that third tier competition. That will be for his replacement Lucien Favre.

For Galtier, the glitzy nights in the most vaunted European stadiums will determine his success.

Under the Qatari paymasters at PSG, it is not enough to win the Ligue 1 title such is the obsession with the Champions League.

Pochettino delivered the domestic crown but his teams came up short in 2021 and 2022 in European club football's most prestigious tournament.

After reaching the final under Thomas Tuchel in 2020 and going down to Bayern Munich, PSG lost in the semi-final to Manchester City in 2021 and then in 2022 quite abjectly in the last-16 to Real Madrid after leading 2-0 on aggregate.

The new, utilitarian PSG will begin their campaign for a record 11th title at Clermont on Sunday and will be expected to sweep all before them. But if they are to capitulate, it will be done muscularly in the image of the craggy Galtier.

Marseille's new man Igor Tudor should provide some intrigue to proceedings. He arrived in July after the departure of Jorge Sampaoli.

Tudor, who won two Serie A titles with Juventus, took Hellas Verona to 9th place in Serie A last season following notable triumphs over his old club and Atalanta.

At his unveiling, he extolled the virtues of togetherness.

"I want us to play an intense attacking football but obviously we have to be defensively solid," said the 44-year-old Croatian who was Andrea Pirlo's assistant during the Italian's ill-fated year as Juventus boss between 2020 and 2021.

Certain players have confronted Tudor over what they consider to be his medieval approach.

But Marseille supremo Pablo Longoria has told the discontented that the new man has his backing. Hardly the ideal prelude to a season in which Marseille, who entertain Reims on Sunday, are expected to challenge for the Ligue 1 title and make some kind of impact in the Champions League.

By early 2022, the Ligue 1 race had become a matter of when PSG would claim the crown. To their credit Marseille managed to eke out the plot until the end of April. And they held off Monaco's bid for second spot and automatic qualification for the Champions League group stages.

Monaco, who play at Strasbourg on Saturday afternoon, slipped up on Tuesday night when they drew 1-1 at home with PSV Eindhoven in the 3rd qualifying round of the Champions League. The return leg is on Tuesday in the Netherlands.

If they are successful there, they will advance to a play-off round against the Scottish club Rangers or the Belgian outfit Union Saint-Gilloise.

And yet, neither of them are considered viable challengers to PSG for the 2023 title. But then not many sides are.

Lyon, who won seven titles on the trot between 2002 and 2008, launched the Ligue 1 season on Friday night with a feisty encounter against promoted Ajaccio.

Two players were sent off in the game which marked the return after five years at Arsenal of Alexandre Lacazette.

The 31-year-old Frenchman laid on the opener for Tete and scored the second from the penalty spot in the 2-1 victory.

"I'm happy with what I did personally," said Lacazette who has been made skipper by boss Peter Bosz.

"Most of all though, I'm happy with the three points from the victory and we'll continue working hard to be in better shape for the next match."

With Lyon's new backer John Textor seeking results, Lacazette and the gang will be under few illusions about the requirements over the coming season.

However, in view of PSG's resources and depth of talent, the latest instalment of Ligue 1 suggests a quest to be top of the also-rans.